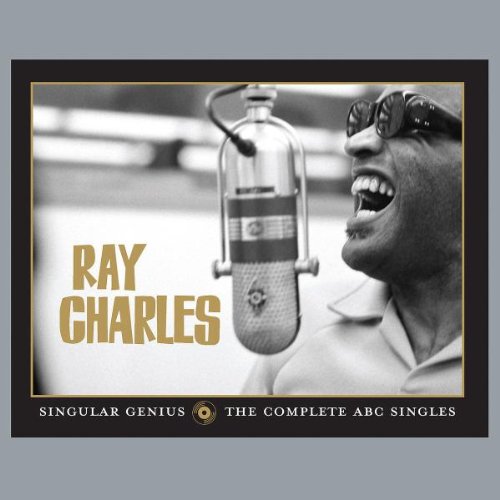 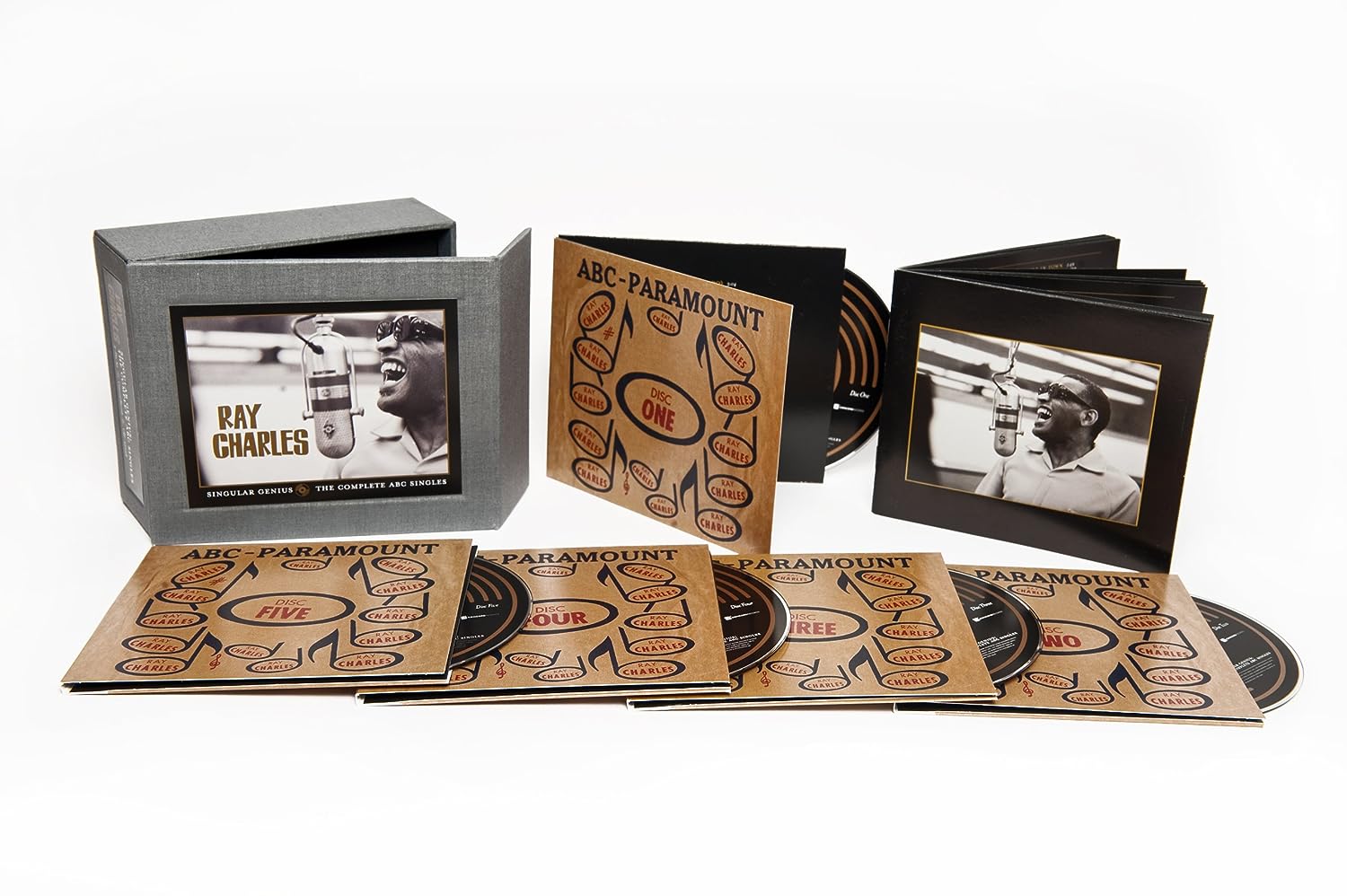 With the release of Ray Charles' Singular Genius: The Complete ABC Singles, on November 15, 2011, Concord Records will make available for the first time the artist's collection of ABC-Paramount singles during this prolific period (1960-1972).

The digitally remastered deluxe 106-song collection presents the A and B sides of 53 singles, including 11 #1 hits, such Grammy Award winners "Hit the Road Jack," "Busted," "Georgia on My Mind," "I Can't Stop Loving You," "Crying Time," "America the Beautiful," and many more.

Twenty-one of the songs are making their digital debut, and 30 have never previously been available on CD. Liner notes were written by R&B recording artist and music historian Billy Vera and rare photographs are included.

According to Valerie Ervin, president of the Ray Charles Foundation, "This compilation provides an opportunity to hear Ray's evolution into a full-fledged artist and creative force. The song selection was based upon the interpretation he could bring to the music and not the genre. The ABC singles comprise an epoch of essential Ray Charles music and a window into how his genius evolved."

John Burk, Concord Music Group's Chief Creative Officer stated, "Ray Charles is one of America's most iconic and treasured voices. We are fortunate to have the opportunity to present Ray's historic ABC singles with the reverence and respect they deserve and continue our dynamic partnership and acclaimed reissue program with Valerie Ervin and everyone at the Ray Charles Foundation."

By the time the singer released his first single for his new label affiliation, ABC-Paramount, in January 1960, he had crossed over into the stardom that show biz insiders had long known was his due. After several years of R&B hits on his previous label, Atlantic Records, he'd finally reached the coveted white teen market with his smash, "What'd I Say," the simplest, most basic song of his career.

Charles' contract was coming up for renewal and the Atlantic brass expected an easy negotiation. After all, most entertainers took a passive approach to their business, especially when things were going well. However, his agency, Shaw Artists, wanted to bring Charles to a broader audience, which they felt could be better delivered by a major record company.

One such company was ABC-Paramount, a newer major that had found success with teen idols Paul Anka, Frankie Avalon, and Fabian, while crossing Lloyd Price over into pop. ABC's Larry Newton convinced label president Sam Clark that Ray Charles was the ideal artist to not only make hits but to attract other black acts to the fold. Charles was granted a magnanimous contract that included ownership of his masters after five years. Even Frank Sinatra, as Vera points out, did not have a deal like this.

Sid Feller became Charles' A&R man and producer. Though as Atlantic's Jerry Wexler once said, "You don't produce Ray Charles; you just get out of the way and let him do his thing."

After striking a rich deal, the Ray Charles/ABC relationship had a momentary setback when the first ABC single, "Who You Gonna Love" b/w "My Baby," sold disappointingly. The second single, "Sticks and Stones," a "What'd I Say" knockoff, went to #2 R&B and #540 pop. Finally, the third ABC single, "Georgia on My Mind," culled from the album The Genius Hits the Road, reached #1 on the pop charts.

With the overwhelming popularity of "Georgia on My Mind," Charles was at last a full-fledged mainstream star, right up there with the Nat Coles and Peggy Lees. The company's strategy was to cater to his new market while still releasing singles to serve his R&B base.

Charles in the meantime launched a publishing arm, Tangerine Music, signing one of the greats of West Coast blues, Percy Mayfield. Mayfield brought with him a song he'd pitched to Specialty Records without success, "Hit the Road, Jack." Ray's version rose to #1 on both the pop and R&B charts. It was followed by "Unchain My Heart."

ABC-Paramount celebrated his grand success by giving Charles his own label, Tangerine, which he used to record some of his personal R&B heroes including Mayfield, Louis Jordan, and Little Jimmy Scott. At the same point in time, Charles became enamored of country music and recorded several country sides: "Take These Chains From My heart," "Busted," "That Old Lucky Sun," and from Buck Owens, "Crying Time" and "Together Again."

1966 saw the opening of Ray Charles' own RPM Studios on Washington Blvd. in Los Angeles. The first song he recorded at the facility was "Let's Go Get Stoned," a Coasters cover penned by Nick Ashford, Valerie Simpson, and Jo Armistead.

The ABC-Paramount recordings continued into the late '60s and early '70s. In 1972 Charles cut a version of the New Seekers hit, "Look What They've Done to My Song, Ma," but it was the B-side, "America the Beautiful," that became a runaway hit, Grammy Award winner (one of five on this collection) and to a younger generation unfamiliar with his earlier major works, his signature song.